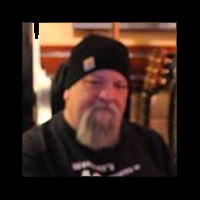 Staff Writer/Reviewer - Renderosity.com<br /> You've landed on the page of a 2D/3D industry grunt. Nothing glamorous or spectacular about the journeyman work I do on a daily basis but then... someone has to do it.<br /> You've seen the scenes... hundred to thousands of composited soldiers or crowds in the background. All those buildings burning, fracturing, splintering and crashing down. Major cities taking metor hits or fighting off gigantic monstrosities.<br /> Yeah... you know the scenes only I didn't do the gigantic monstrosities... I placed those hundreds to thousands of people in the background either in composite or 3D. I get to do lighting as well as composting but only the tedious parts. The primadonnas... err... I mean the really good ones get to do the gigantic monstrosities while grunts like me populate the scene with characters and things no one will remember but in their own little way are important to the final production. At least we grunts tell ourselves that.&#160;<br /> I've been fortunate enough to work with some of the most talented modelers and artists in the CG industry both in film and games. I've tried to soak up as much of their technique as possible. Primadonnas may get to rest... but grunts have to continously improve their skillset. "How am I going to do that" is not just a question but a mantra for most CG freelancers so we keep learning.&#160;<br /> I'm a character maker, rigger, hard surface modeler, animator and former programmer from back when most of your daddies were still in diapers. &#160;Made my first computer in 1978 from a kit. It couldn't do jack and I loved it. Been hooked ever since.<br /> I have no idea why you have so much free time as to be wasting it here but I appreciate the visit and if you are a fellow grunt... then remember... late at night when you think you are the only one busting butt and fighting everything... you won't be alone.<br /> We'll be there together in spirit.

This user has no site activity.

This user has yet to win any Renderosity awards.