I am an musician and artist.  My musical mainstays are Blues, Rock, and Country, Between the three I stay fairly busy recording and playing live performances. I have been playing since the 60's so I have had a rather lengthy career.
As an artist I seem to be mostly into FANTASY ART with side trips into MOOD and SURREAL ART. I use POSER, VUE, BRYCE, and CARARRA. Photoshop is my tool of choice as a post production tool, and rarely do any of my pieces escape from Photoshop untouched.  Mixed media works intrigue and challenge me. I love to see pieces come together.

Greeting all. today I offer you another of my really enjoyable projects with 'iborg64.' When I saw this snow scene in the 'iborg64' gallery, I immediately flashed on a type of scene I had never done before. As with most of my work, there is a story to tell. For this one it goes like this:

Many Miles To Go
The two ranch dogs slept with one ear up that cold winters night. Earlier, just about sunset, they had heard the crying and yipes of a puppy in distress. It was far off in the distances but they heard it. Then the crying stopped.

Just before sunrise, they heard it again. This time, they were off, running toward the sound. The only time they stopped was to listen and to sniff the air. Just before 10:00 am, they found the lost pup. He was shivering from the cold, and he was hungry, but he was alive.

Now, they would rescue him and return with him to the ranch. Their keen senses told them a storm was moving in and that they would need to move fast. There was no way the little pup could keep up. So it was decided. They would carry him. Each dog would take its turn carrying him for the many miles they had to go.

'iborg64' work flow consist of using Quixel mixer to create the textures. He then sets up the scenes and renders them in Vue creator. On my end, I then create characters (constructed in Daz). Finally I do the post-work, merging iborg64's background with the foreground characters,

If you like this background, I would highly recommend viewing the 'iborg64' gallery for a real treat.

I want to thank all of you who view and comment. You are great people. In these times of isolation due to Covid-19 we each support the other Your visits and comments show me that we are in this together. For that, I thank you...Dag

That's really rather cute! Funny how the story changes your perception of the image, I thought at first the dog at the back was chasing the one with the pup!

A touching story and a wonderful image, the decor is very realistic!

Touching story, and the dogs and the decor are great !

Excellent work on this great render and story! I commend you both for working so well together...as per your efforts you both create wonderful works of art! Well done! :-)

Great story and picture. I could definitely see dogs doing that.

A gripping and moving story, with a top-notch illustration of it, in this excellent action scene ! Wonderful work, my friend ! 🤩🧡

This is so great--I like dogs anyway and these two are just the best. I'm not sure we deserve dogs :D

outstanding idea for iborg64's render and a great story 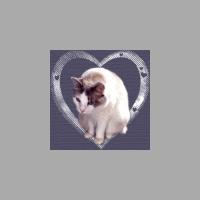 I love an animal rescue story, my two cats are rescues & I am now rescuing some feral cats that took up residence in my backyard by feeding them & getting my local TNR group to fix them. Awesome scene with the dogs, puppy & snowy background

Mother Of Nature - Mother Of Magic

Above and Beyond - (For MightyMysterio)

Captain Anne and her Crew