Video Gallery and Interview with AOM for April - Calum5

calum5 joined the Renderosity community in 2002, so he's been around for nearly 20 years sharing his work and interacting with his fellow artists. This creative artist has over 2,000 followers, too. One visit to his huge gallery and you'll see why: the work is original, bold and atmospheric. "Your work is always amazing" is only one of the many comments made to his work.

We congratulate calum5 for being voted Artist of the Month and thank him for taking the time to answer questions about his training, working methods and ideas about creating digital characters.

Be sure to visit calum5's gallery at Renderosity.com. Calum5 hand-picked 15 works from his gallery for the video (see above).

How did you get involved in digital arts?

calum5: I wanted to try to digitally create water in some art - and shortly after buying my first PC in 2000 I discovered jasc paint shop pro.I used it to make funky Sale signs at work. I then through this programme some how found bryce 5 and started to learn about 3d and rendering. My Bryce art led me to Renderosity where I first discovered Poser and then Zbrush. I then learnt to combine the different programmes to come up with my final images and enjoyed the process very much. I could take a poser figures into bryce and make characters in strange worlds. Adding some final touches in Psp.

Eventually one of my friends Ron Harris here at Rendo ignited my Zbrush journey but convincing me to try the free trial and work through the seemingly impossible interface. One step at a time I began to learn and now love this programme more than anything else for its pure creativity potential. I now mostly use poser bases and take them to zbrush for modification and dressing in whatever designs I make up on whim. Everything I do is spontaneous and just develops a certain way as I go along.If I like the end result -I post it :)

Do you have any training or are you self taught?

calum5: My training has been self taught picking up bits from online tutorials including Renderosity tutorial pages.

Can you give us an idea of what your workflow is like for a typical project?

calum5: Typical workflow would be to open Poser ( I've not as yet took the Daz route) then morph V4 as I have the most poses and morphs etc for her-. I would then pose and stylise v4 in Poser then save this poser File as I will be coming back to it after visiting Zbrush. Next I will be exporting to zbrush as an obj. In zbrush I would create random clothing or armour - and other bits that I feel might work with the character. I would say create a mask on the imported figure and then export out the newly created part and import it to me Poser scene and fit it. I will do this for all the parts I make.

Once I have everything back In poser I take my poser scene into Octane for poser (one workflow I use often). In the Octane programme I can change materials and Hdri lighting etc to create some realism along with the poser lights that also get carried across if you create emitters in Poser. The renders are more realistic in my opinion so I prefer to render this way. When Im happy with how it looks I pause the render and export the image as a PNG to my renders folder. Finally I will open paintshop pro and use the years of postwork knowledge to try to improve thew final image. Then upload :)

Who are some of your influences or inspirations?

calum5: I love Scifi and Horror but am never directly influenced. I just create stuff out of a love for creating and see what happens. Maybe subconsciously my ideas are directed but I just go by feelings of what I think looks good.

How has renderosity made a difference in your growth as an artist?

calum5: As mentioned Renderosity has placed a huge part in the development of calum5 art. I have been posting here since 2002 and with the amazing community support I pushed on and discovered so much more in my creative capabilities.I personally have had amazing moments with this site form winning a Halloween contest,being AOM once before in 2005 or 2007 (memory's not the best these days).Having lots of Top 20 images and an amazing amount of support from lots of the great members here.I'd like to say a special thankyou to them all :) and for Renderosity for having this platform allowing us Artists share our work.

I also have been contacted by the like of Chuck Russell(Hollywood producer) to make concept film art, Millenium FX (Dr Who- concept artwork) Mathew Thomson UK Producer -Film and TV concept art. Prop Designers and Film makers In Hong Kong to Authors and Musicians Thankyou for the window!

calum5: A final thought would be to say keep working hard to all the artists out there. We can get much closer to what we set out for only though our own hard work learning through failure and taking that knowledge into our next creations.The Sky's not the limit :) Best wishes to you all and thankyou to everyone that likes my work and nominated me for this.:)

Be sure to visit calum5's gallery at Renderosity.com 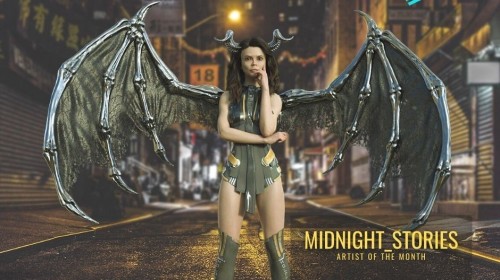 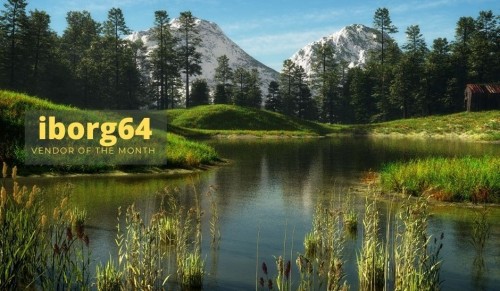 Interview with iborg64, March Artist of the Month 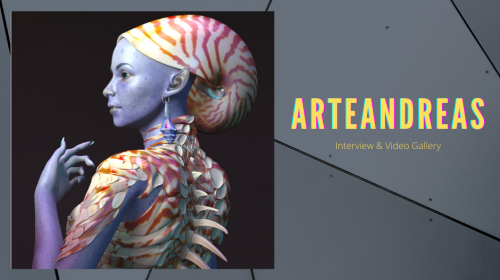 Interview with Arteandreas, February Artist of the Month